Gantry crane with open crab to manipulate gates, whose main feature is the capability to pull at 45º, as shown in the photograph.

The open crab is equipped with lashes and must be lashed if it is going to be used to pull at 45º. Despite having 20 tonne lifting capacity, when pulling at 45º this is limited to 10 tonnes via an end switch that sends the signal to the overload device.

The pulley and several other lifting elements have been modified to allow the cable to work in that position. 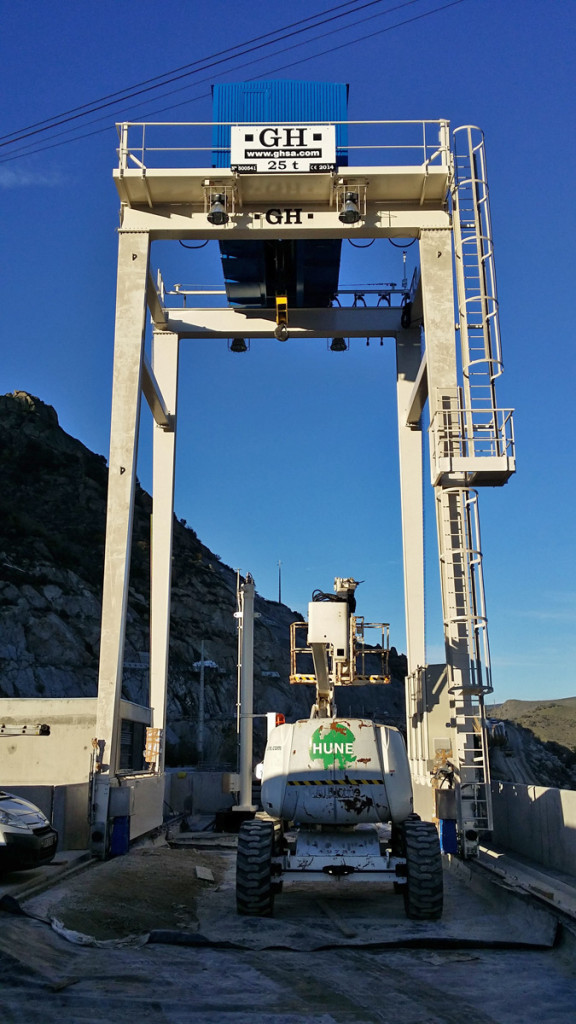 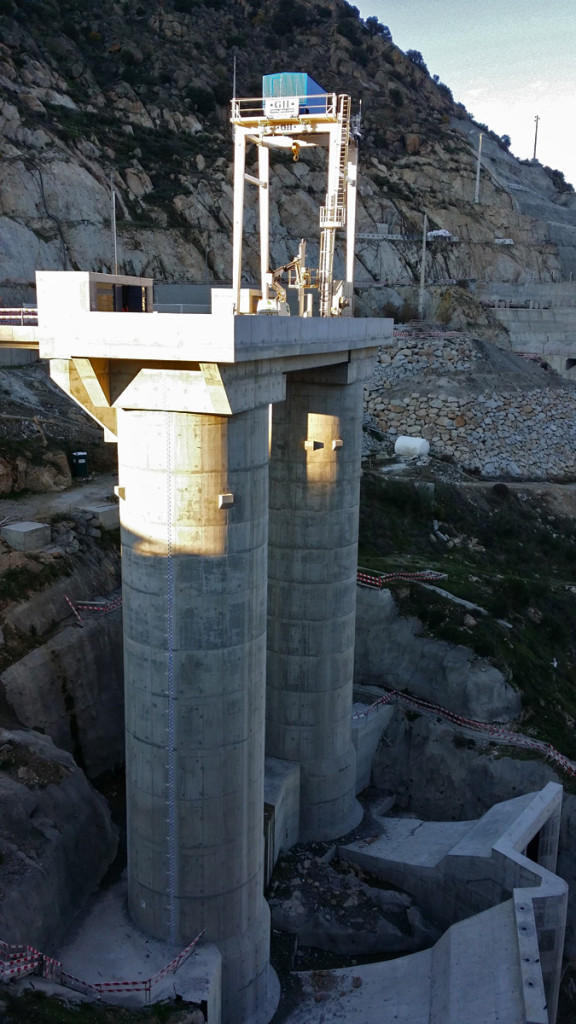