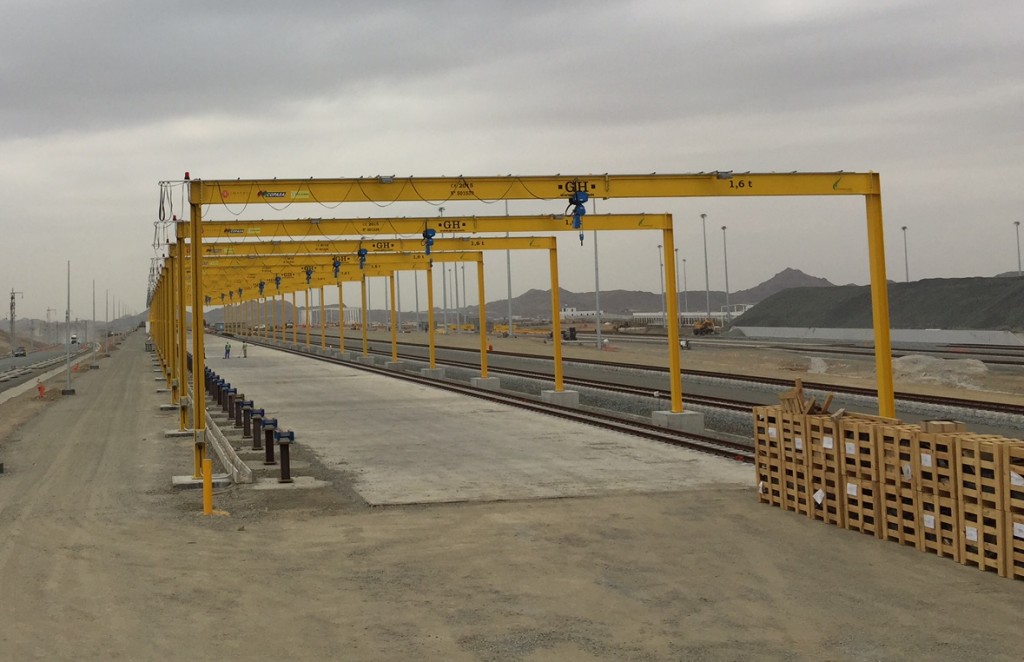 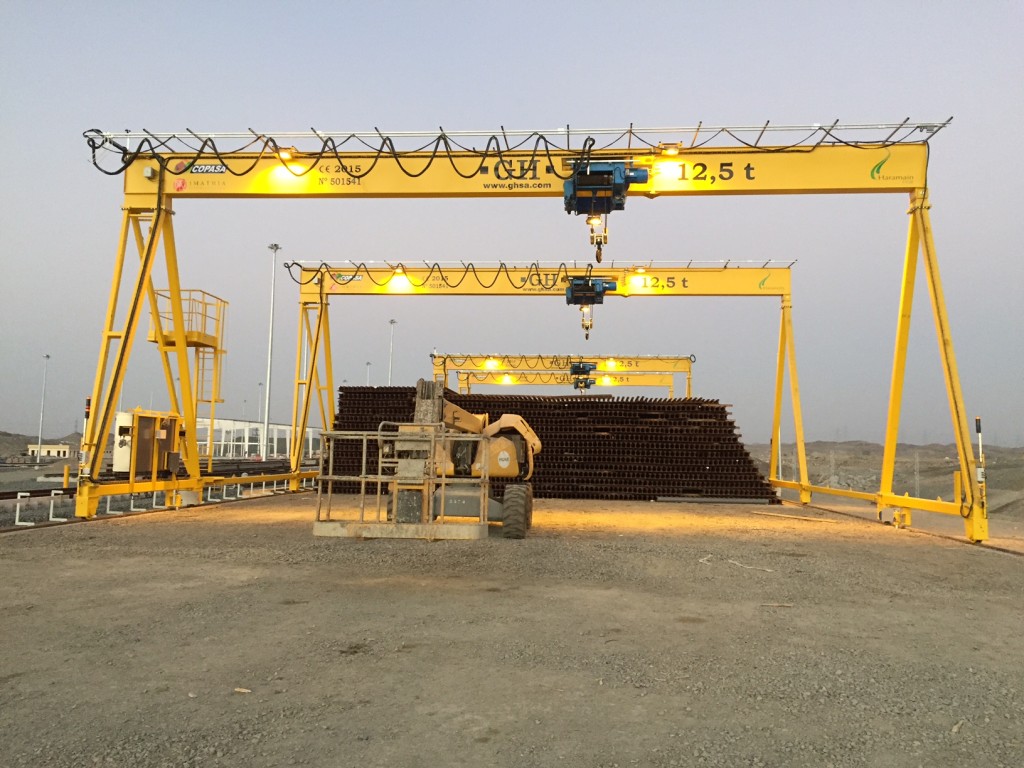 Once soldered, they store it with the help of fixed gantries that have been assembled, which are 22 units. 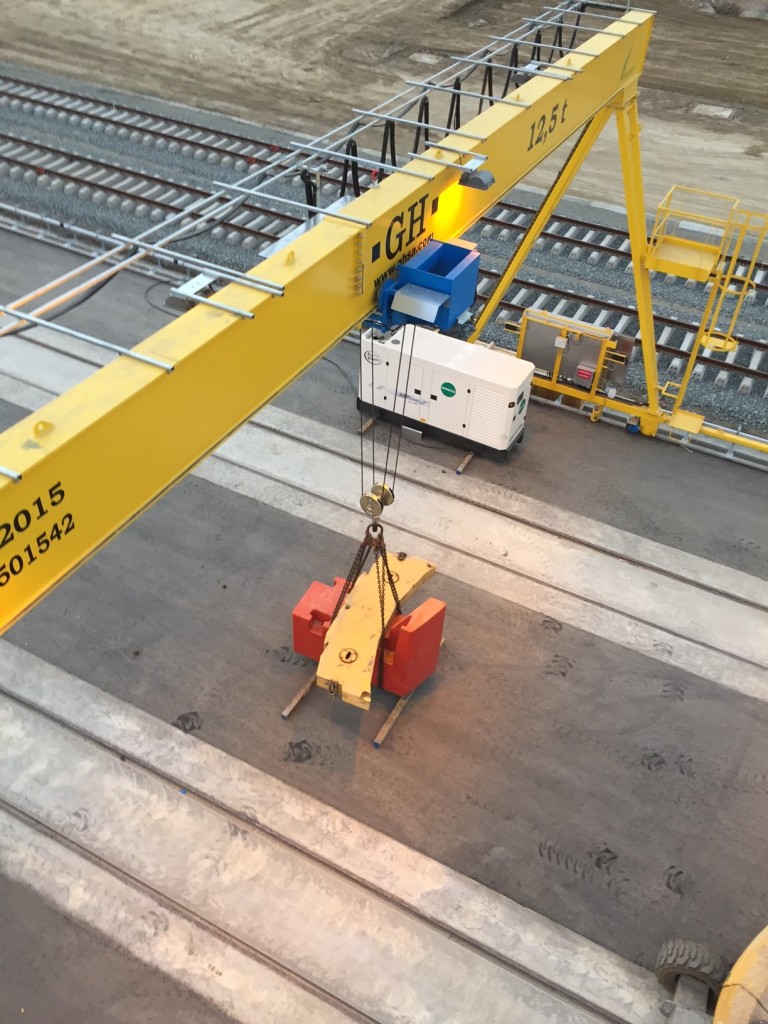 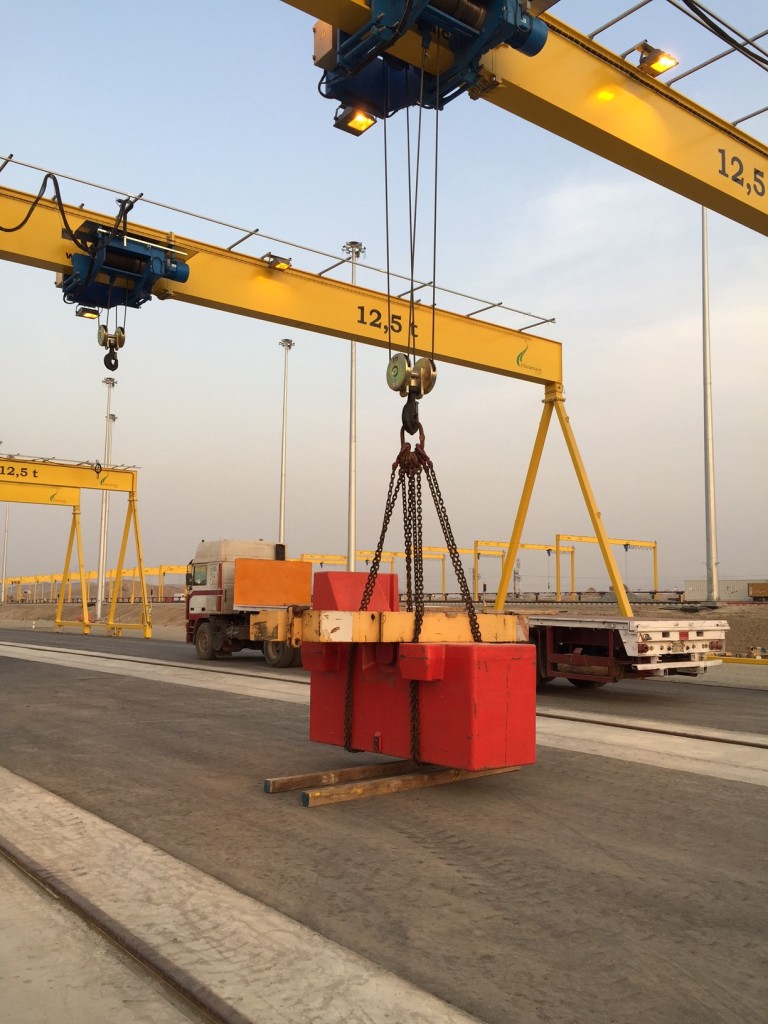 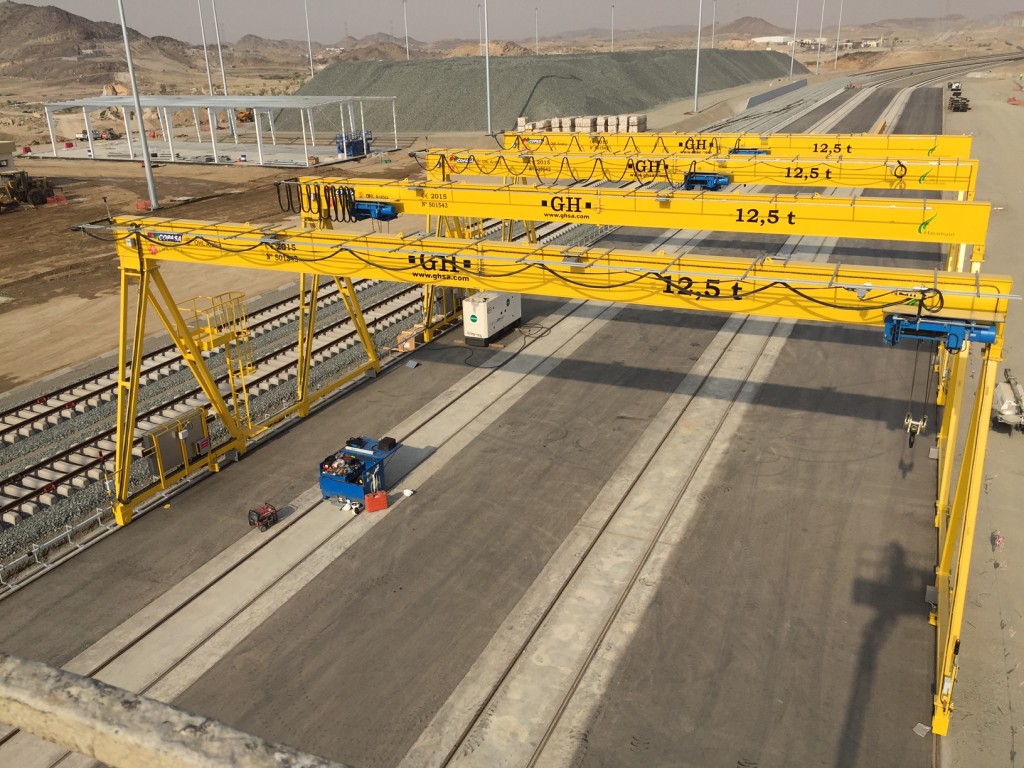 These are some of the most important installations in Asia 2015. 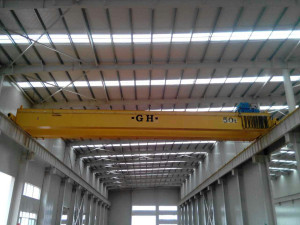 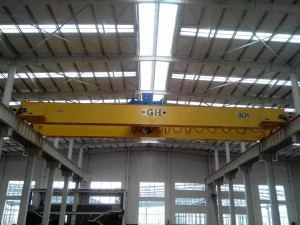 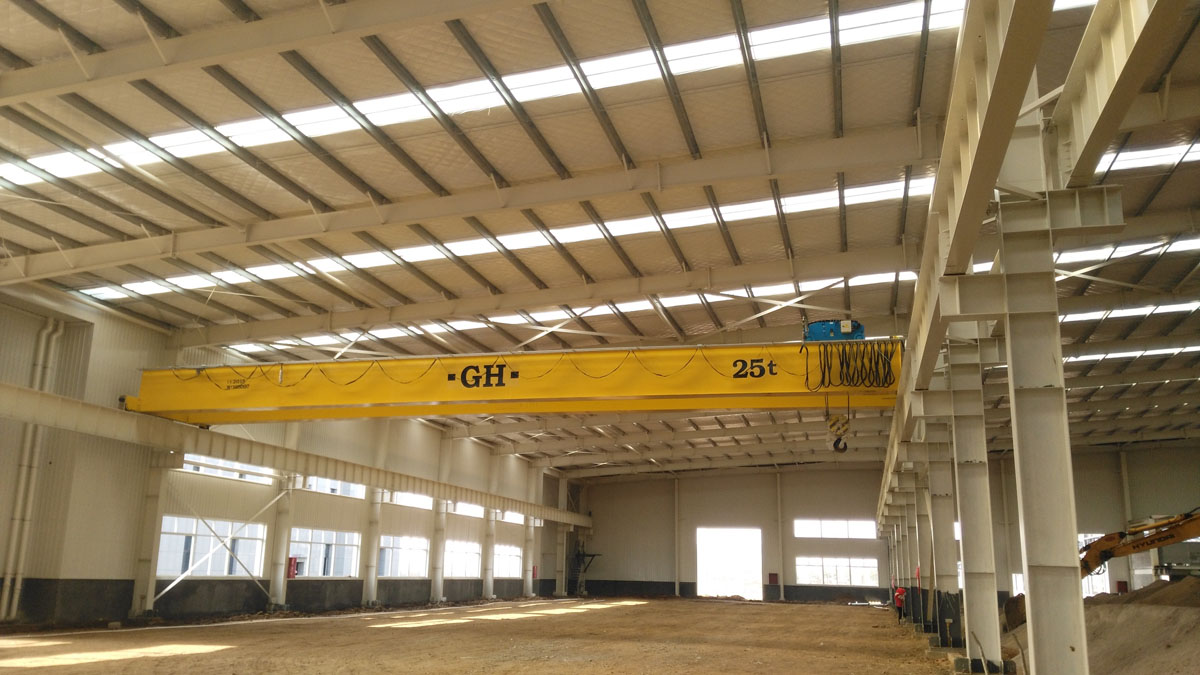 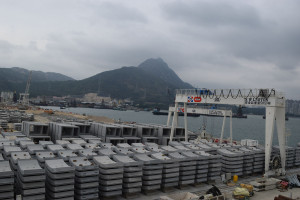 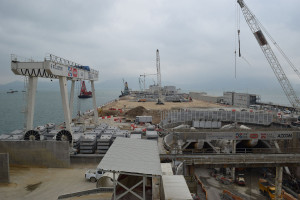 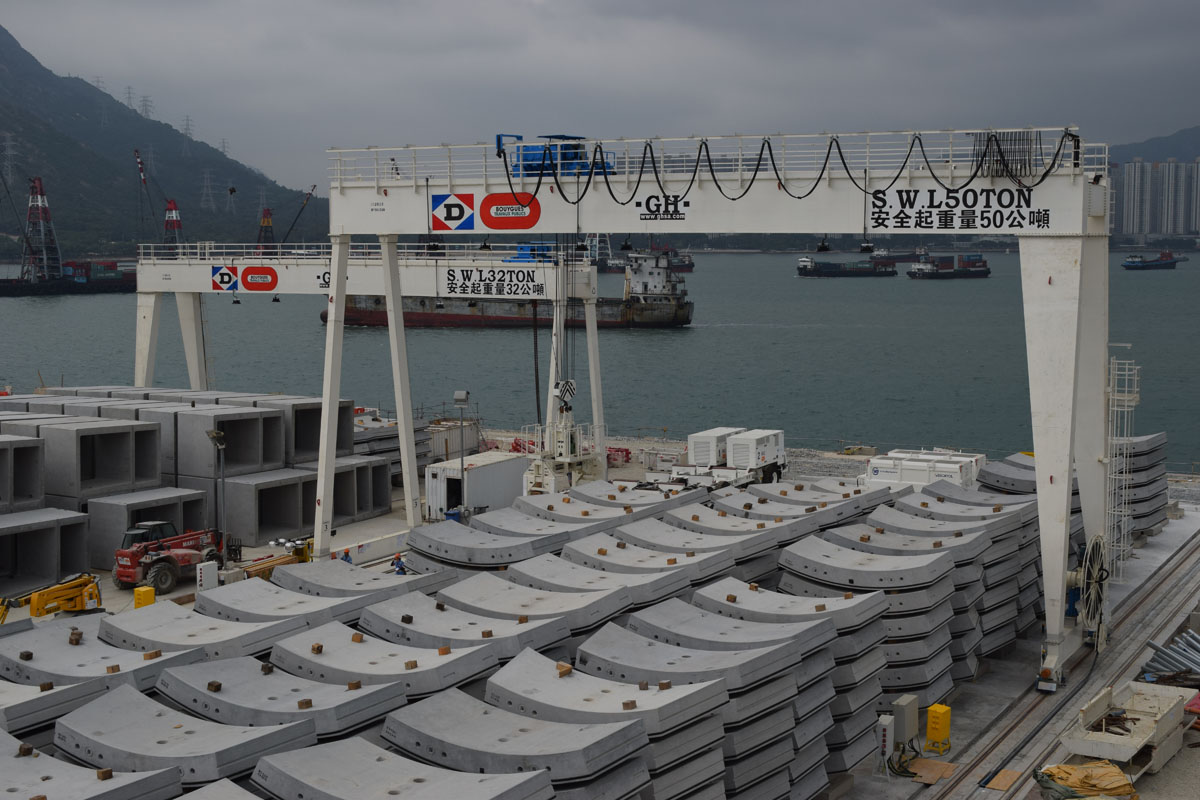 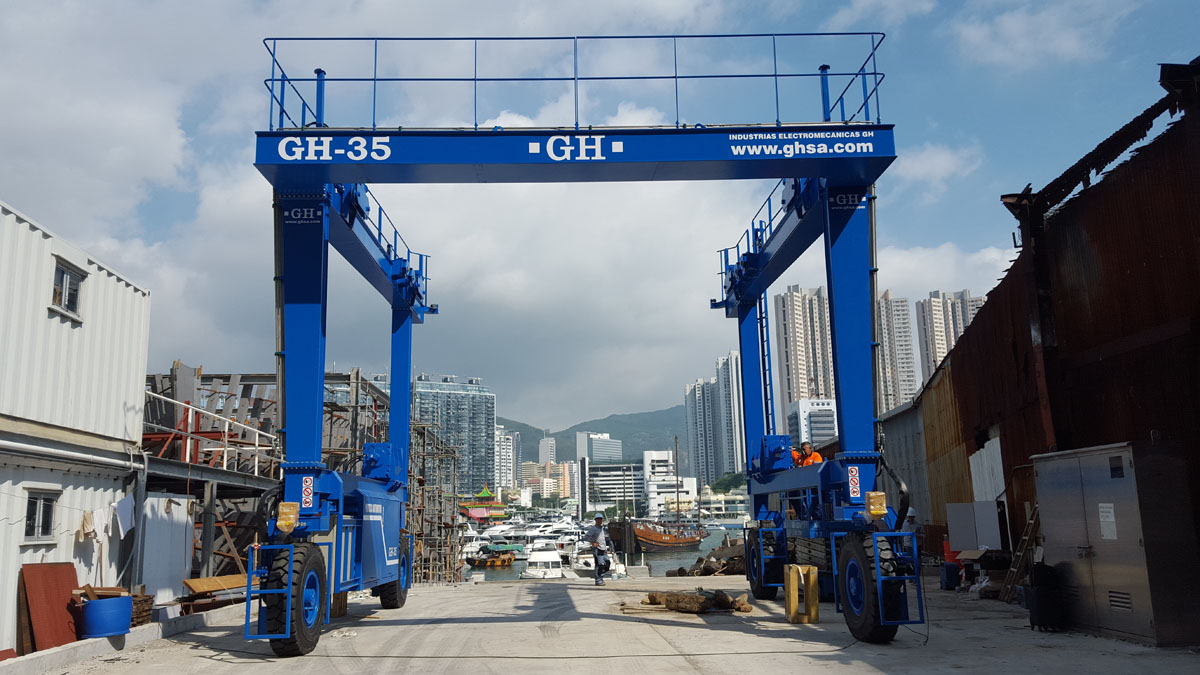 Gantry cranes with 40t and 25/10t capacity, used for handling segments in the manufacture of underground subway in London. 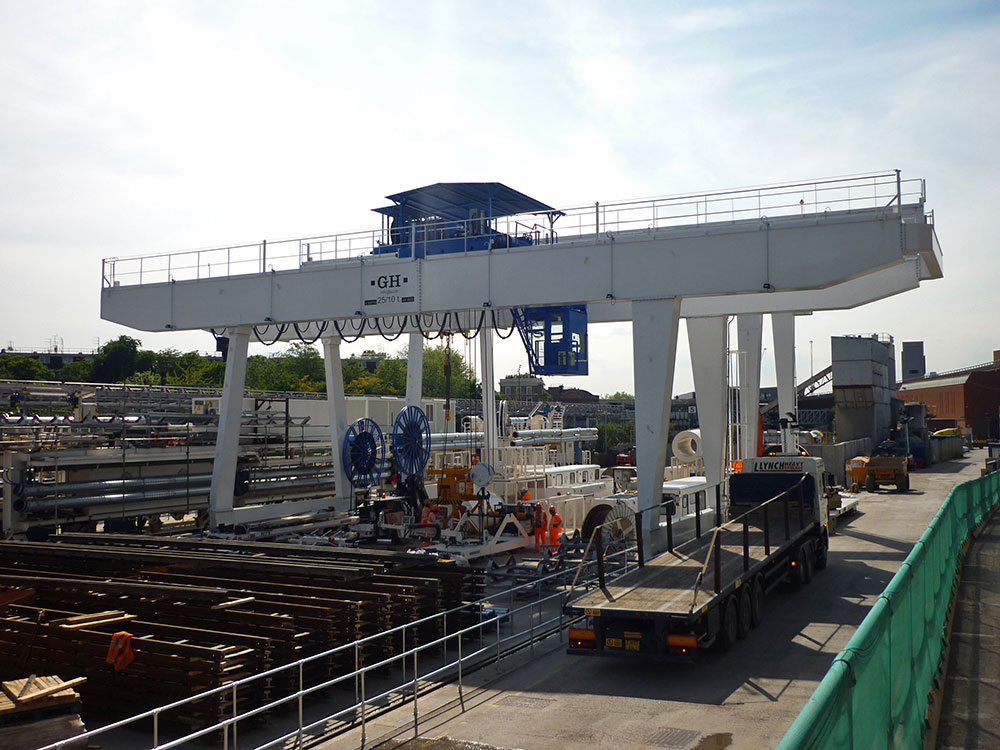 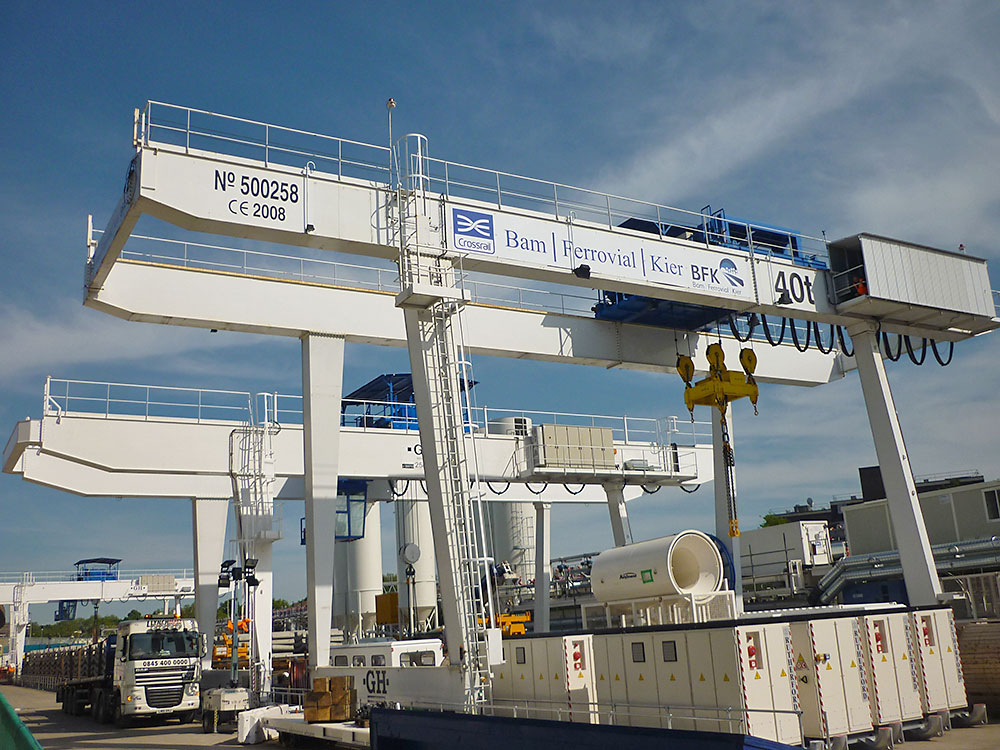